I’m trying to use bokeh.charts.HeatMap
on 38k rows of data. That doesn’t sound like too big a task to
me, but it takes several minutes for this to complete. Is there
a better way to do the following 3 steps (broken up to show
timings):

vehicles.csv
can be found at https://www.fueleconomy.gov/feg/download.shtml
in Zipped CSV File. Followed by the HeatMap
creation step (which takes all the time):

minutes and 24 seconds, after which the plot is displayed with show(fuel_hp)
in 82ms: 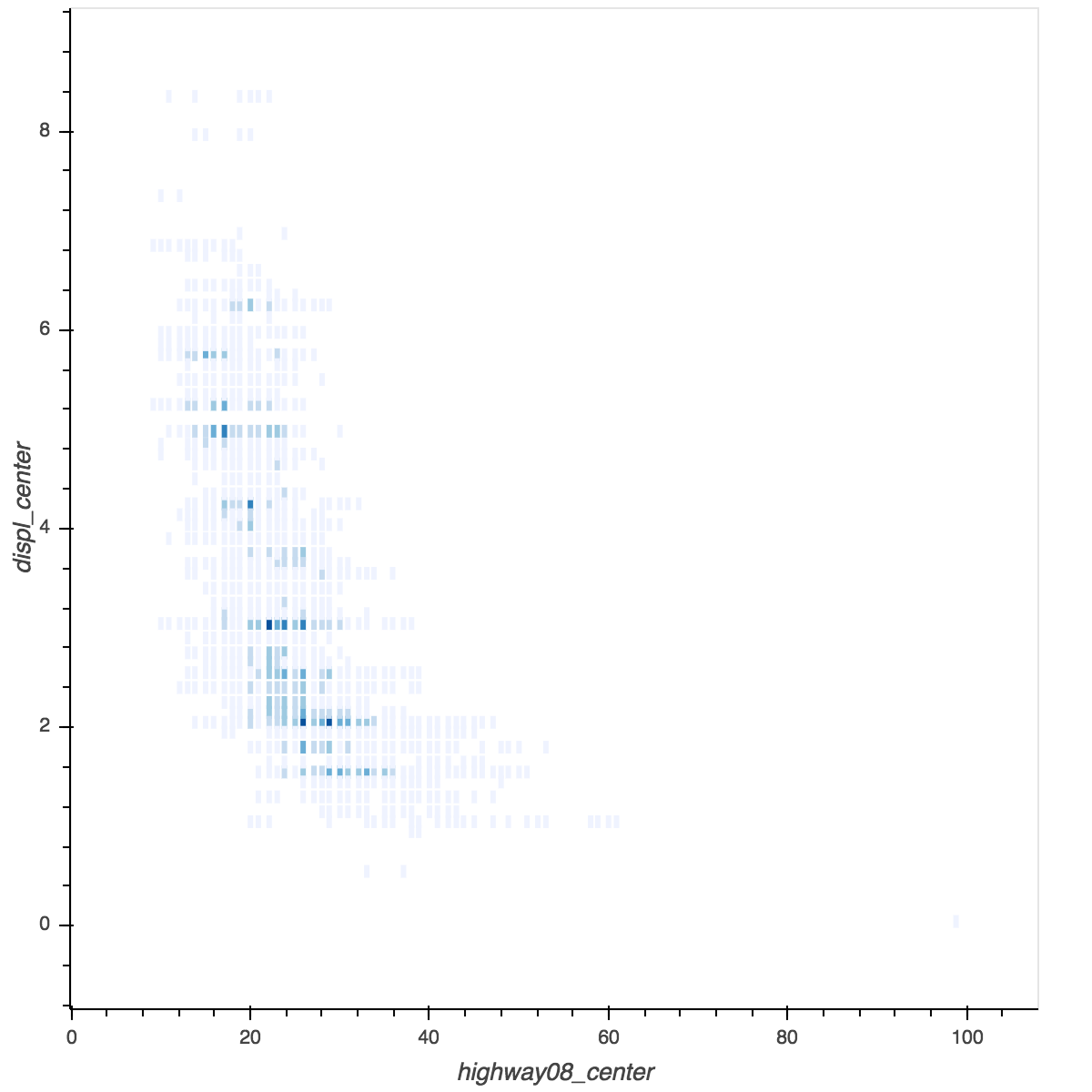 the actual time to compute a heatmap isn’t that great, so I
tried using seaborn.jointplot
to generate a static (matplotlib) hexbin map from exactly the
same data:

672 ms to create a static version of effectively the same
information: 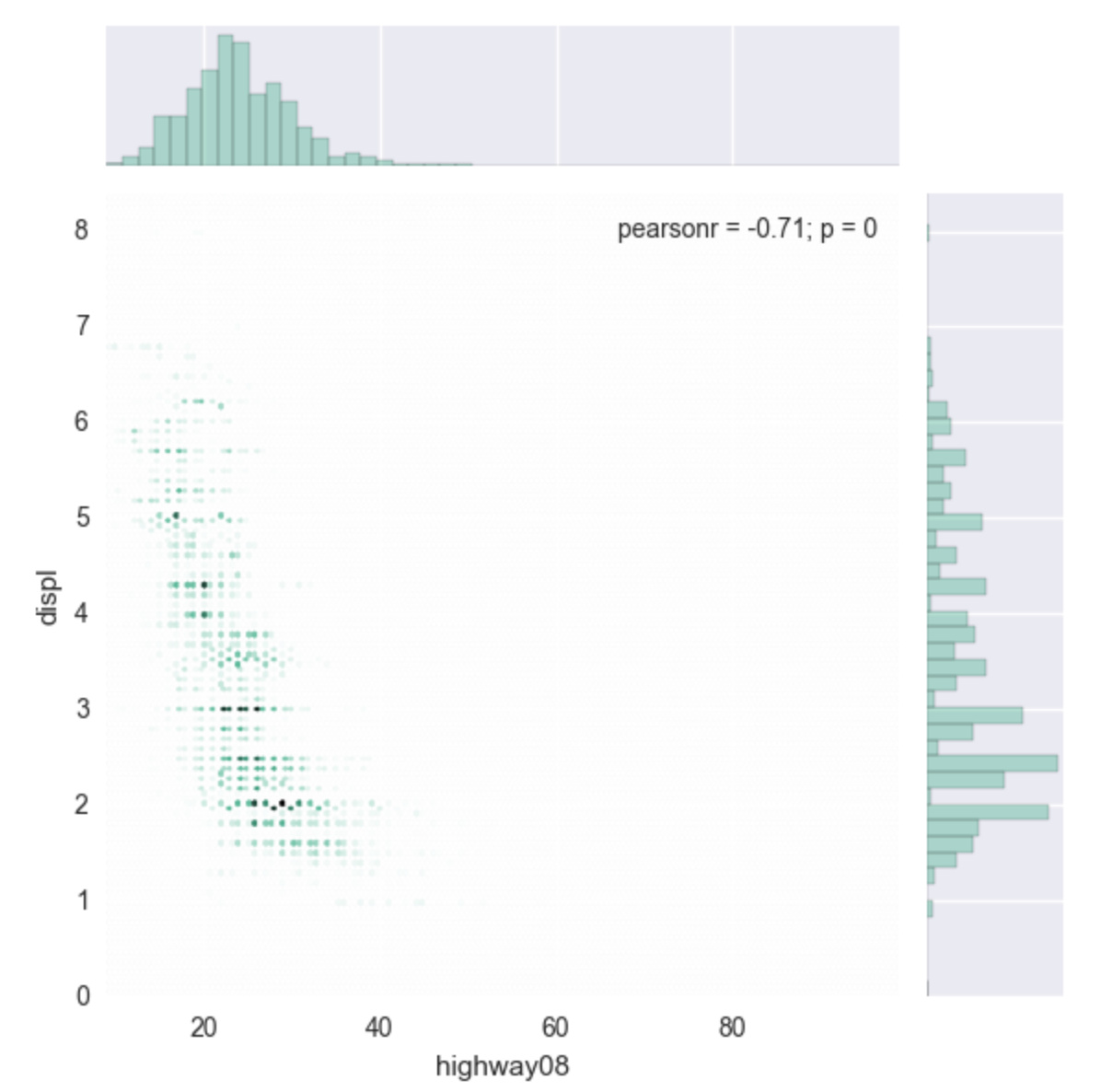 to adjust the Bokeh code to run in, at most, 20 seconds? Fewer
bins? As a last resort I can decimate the data by striding to
sample it, e.g.

seconds, but if I can avoid that it would be great.

My guess would be that Bokeh probably sends a lot of the original data along for interactivity purposes. If you dont mind loosing that, just like with a static Matplotlib image, i;m sure you can get an immense speedup by using Numpy’s histogram2d to generate the heatmap yourself, and then use Bokeh’s p.image to display the image. If this approach is something you can use, but get stuck in the process, i could create an example.

Can you run a profile and provide the results? The reality is that bokeh.charts currently lacks a maintainer. But if a profile showed a clear path to some immediate improvement, we could try to make a quick fix.