Help with some tricks

I have an application with three figures shown in the attached screen capture. I would like to implement some small (probably) tweaks but I don’t really know how to do them.

1 - I linked the x range of the first two figures with “ar.x_range = pv.x_range”, but when I to link the third one “go.xrange = ar.xrange” I get “AttributeError: ‘Figure’ object has no attribute ‘xrange’”

2 - The legend refers to the first two legends, but it gets cropped. How could i fix it?

3 - I should have a second legend for the third figure, below it, but when I try to implement it the figures disappear without an error message.

4 - Still on the third figure legend, how could I use it to hide or mute the Bands?

5 - The save tool only saves the first figure. How could I make it save the three figures, legends included?

6 - Finally, there is some tools for the user make some simple annotations, like drawing arrows and including text?

I didn’t include any code because I’m asking so many things at the same time I don’t know how to create a minimal example for them. I can post some snippets if it’s needed. 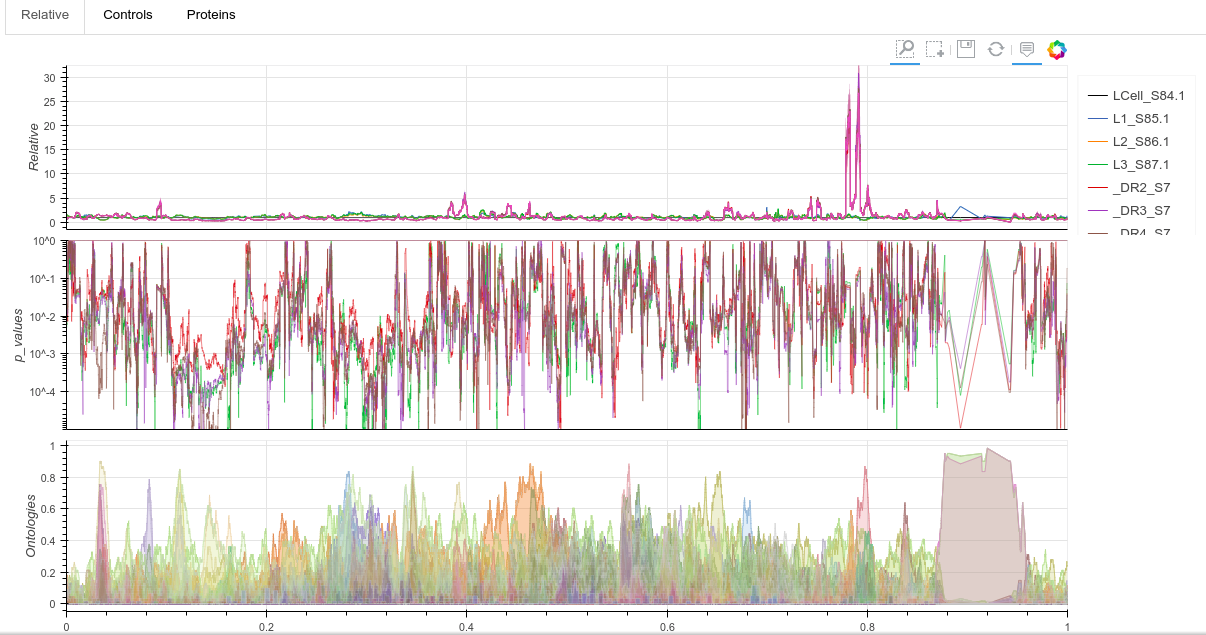