I’m using Chartify to do a stacked bar graph with a lot of categories. Problem is that the rendered legend isn’t large enough to show all my categories. I would have thought it would just wrap around and start a new line, but this is not the case.

I found some parameters I could alter on glyph size and text size. If I change legend.label_height I can make the legend area larger, but the legend still won’t wrap around to a new line.

Am I missing something here? 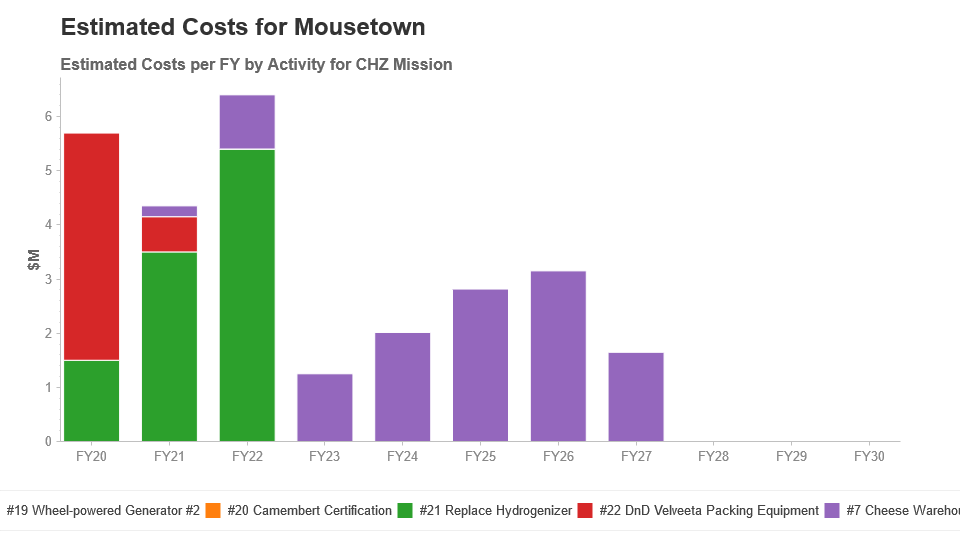 Not missing anything, I’d say. There have been a few calls to allow legends to take a (rows, cols) configuration so that legends could be arrayed in a grid. But no one has implemented that idea yet. I would say for this case a vertical orientation of the legend might be better, with the legend off to the side of the plot. Presumably Chartify exposes a way to get at the actual Bokeh plot object, in which case you can set legend location and orientation as described in the docs:

Alternatively you could add a second horizontal legend below the one Chartify creates, and move some of the LegendItem objects from the first legend to the second to split them up.

I’ll give those a shot and see if they work.