Is it possible to show the scale in an OSM tile plot using bokeh?

I am using the OSM tile provider in bokeh to plot a basemap, here is a reference. I am wondering if there is a way to show the scale of the map in meters or kilometers depending on the zoom level.

Just to clarify, the axis labels can remain in WGS84-pseudo-mercator but I want to have a scale or some sort of ruler to give a better sense of the distances in the plot.

Here is an example image from the OSM website where I have marked the scale in the bottom left corner. 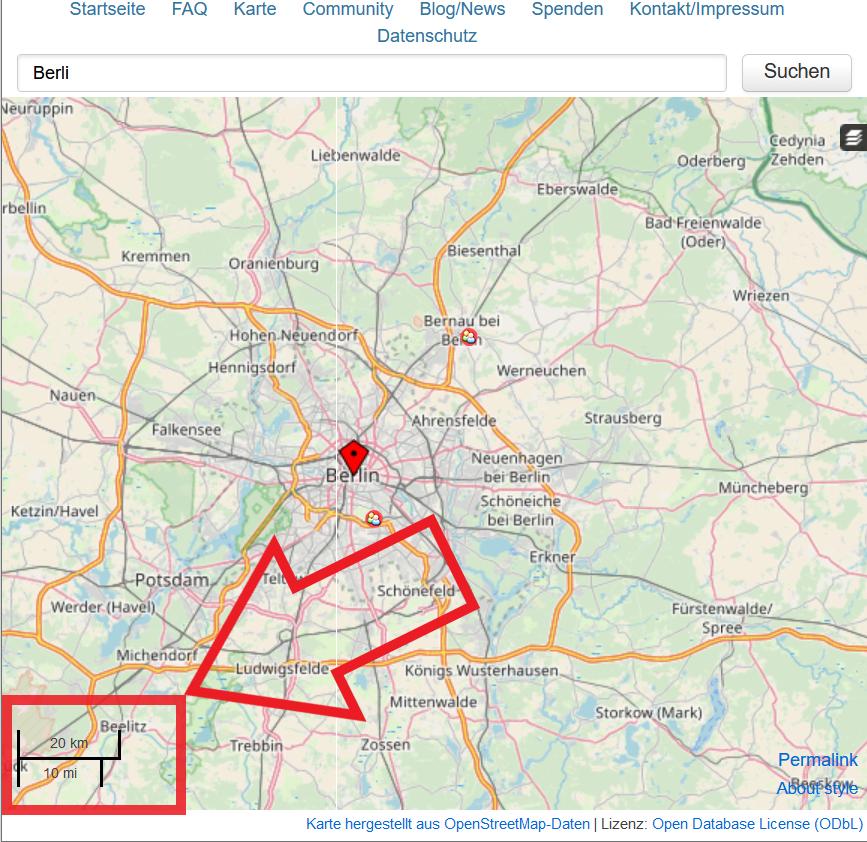 A scale annotation seems like s useful thing, but no-one has ever asked for it / done it. A GitHub Issue would be appropriate to suggest it as a new feature. Otherwise you can draw one manually using the axis extents and standard glyphs and annotations (segment, text or Label, etc)

Hi, I have two somewhat related questions. One: I just went through this thread/request https://github.com/bokeh/bokeh/issues/9560 , and am hoping to get confirmation that I will be able to use esri openstreets/satellite imagery as a tile provider in the upcoming 2.0 release. Is this a “done deal” or is there anything I can do to help get this going? Two: Is there any built in function for plotting a scale bar and north arrow on figures, or an easy way to go about generating them? I have hacke…

Thank you for your fast response. I have opened an issue with a feature suggestion [FEATURE] Show scale in map · Issue #11755 · bokeh/bokeh · GitHub.

@gmerritt123 Have you found/ written a work-around?

I think I did at one point, with this logic. Sorry I can’t find where I implemented it… the joys of changing employers…

Where it broke down was that it basically only worked on maps/figures where the x_scale/y_scales were the same. Having something like an “orientation” option that would make a scale bar showing a y scale bar if “vertical” and x if “horizontal” would be super slick

@gmerritt123 “asked for it” means “asked for it in an issue on GitHub” because that’s the only centralized place that has even a hope of being tracked over any length of time. If a request is not on GitHub, it does not exist for all practical purposes.