I would like to have a popup appear over the screen to inform the user that the session is no longer available if there’s been a websocket disconnect, similar to what’s shown here: 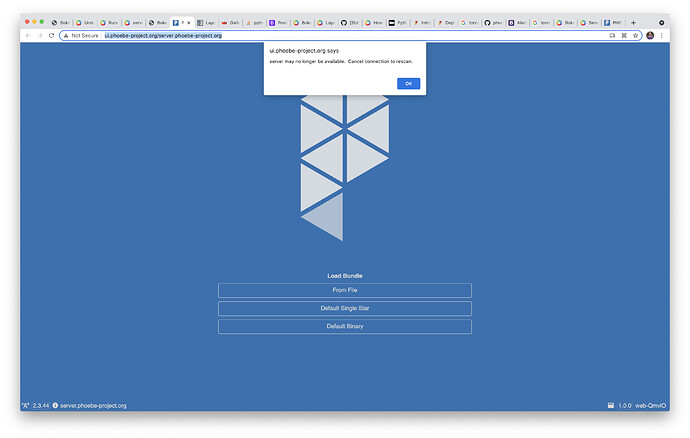 I’m wondering if anyone has any ideas for how this can be done using Bokeh server. This obviously can’t be done with the on_session_destroyed() lifecycle hook, since that doesn’t get called until after the session was also disconnected. I’m supposing I’d have to write some independent JavaScript code…any hints for how I could start looking into how to do this?

This is still currently an open issue:

When a Bokeh server application times out and disconnects from the Websocket the…re's generally no indication that this happened and indeed no mechanism for a developer to add some kind of message. To enable this it would be great if we could somehow allow declaring a JS callback which fires when the Websocket disconnects which could then be leveraged by a developer to pop up a notification of some kind.