I have a strange situation in that when I add a box annotation to a plot, the toolbar disappears. Looking at:

reveals that the toolbar is still there (at least on the python side of things), but it is not visible in the web page. I have tried to reproduce in a small example (dumbed down version of my full code), and am unable to reproduce the error. The full example which has the error is kind of difficult to post (and is a mess, so it would be hard to trouble shoot.) Does anyone have any suggestions on how I could troubleshoot further (i.e. how I can tell if python thinks it is visible) and how I could force the toolbar to be visible if I can’t track down what I am doing wrong?

I will continue working on a simplified example…

I was able to reproduce the issue. See attached test file.

Note that removing the children with:

has identical results as using pop()

Note that replacing instead of deleting then appending children of the column in plot_data() as follows, also results in the same behavior.

this doesn’t work either

Example of what is expected:

Example of the problem… after plots are removed from the column and added again, subsequently adding box annotations on the plot results in the toolbar disappearing: 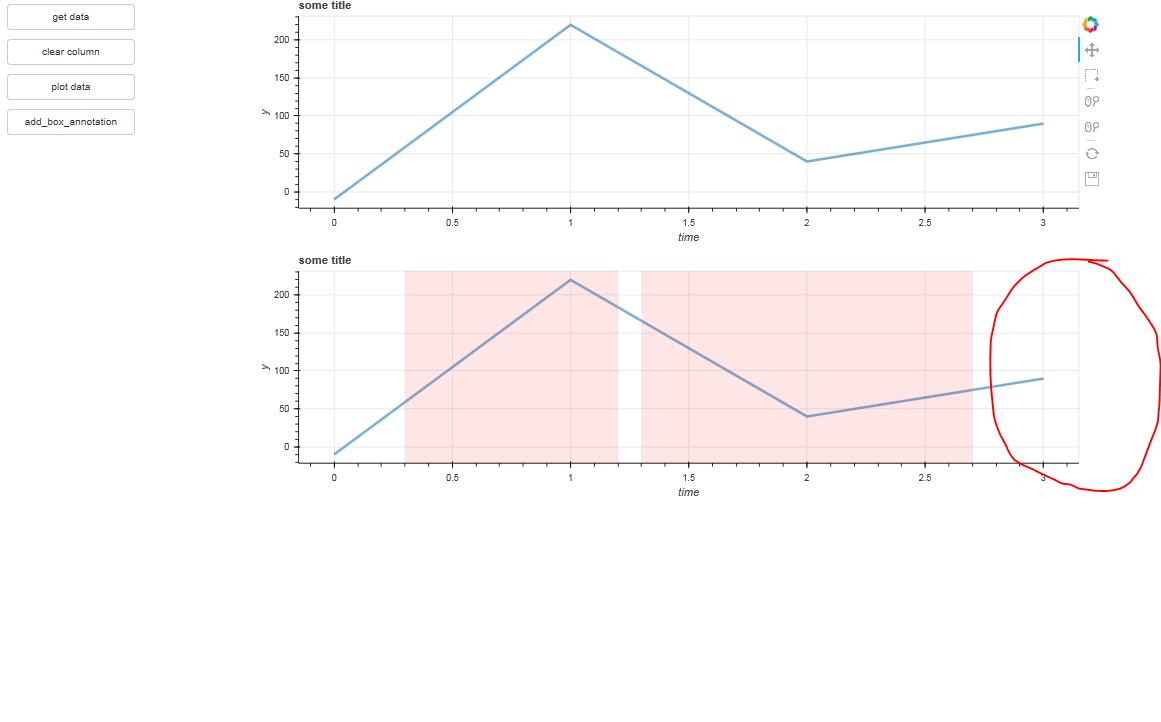 Next up to try is to manage a list of plots and show and hide them, similar to the suggestion of showing and hiding box annotations from the plot instead of deleting them, and just manage a list to hide / show provided in this thread:

It looks like as long as you don’t delete the plots, then you are good. Just update the plots and the problem does not express itself.

The update is working without messing up the plots, now need to figure out how to show / hide the figure. Google wasn’t helping out much… Moving on to searching the forum.