Including CSS Classes for DataTable

First let me say I’m pretty new to Bokeh. And let me also say my knowledge of CSS is pretty darn limited (of course this is part of the appeal of Bokeh!)

I am using the DataTable widget in my project. I wanted to provide some CSS styling for this DataTable which I was able to get to work…

What I did (thanks in part to a StackOverlow article or two I found along the way) was to specify the css_classes parameter when I instantiate the DataTable object. Here, I specified a couple of CSS classes…

And then I included the HTML to create those CSS classes within two totally separate Bokeh Div widgets. FWIW here I’m realizing I probably could have included all the code in just one Div widget vs. two…

So as noted this all works as intended, but I have a few questions:

Thanks in advance for any help!

This is a good question that I don’t quite know the answer to, but I am wondering if bokeh’s Theme model could somehow be used to accomplish this in lieu of the Div-hack. I am very interested in improving table formatting/customization… it’s one of the biggest complaints I get from users, that the tables are not as “pretty” nor are they consistent with my themed figures.

So I took a rough stab at understanding this. I managed to be able to control some table formatting through a css style sheet-type setup using a jinja template and the resources/components assembly line similar to this: bokeh/embed_themed.py at branch-3.0 · bokeh/bokeh · GitHub .

Now what’s confusing/not working for me at all:

Anyway, just sharing my “learning” for the day…hopefully this helps a bit.

Thanks a ton for digging in to this @gmerrit123. I’ve moved on to some stuff outside the formatting topic of my post, bit I will undoubtedly come back to this soonish to revisit and will further check out what you have suggested re a jinja template.

So minor progress update → based on this thread: [FEATURE] Add ability to align RadioGroup options with icons · Issue #11524 · bokeh/bokeh · GitHub, I was able to figure out how to mess with formatting of a widget through the css_classes arg. My thought process was correct but I missed the same nuance @efremdan1 did initially → that you have to point to the .bk class in the stylesheet.

In my css string in the code above, if I go

An aesthetically unpleasing yet demonstrative success: 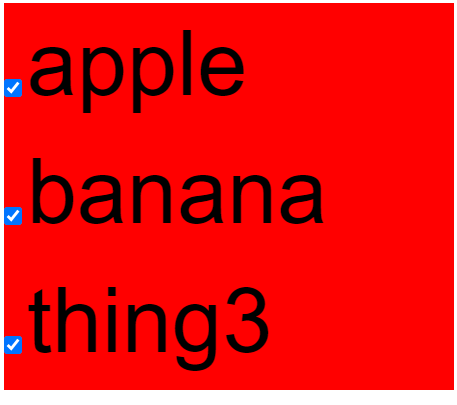 So what still remains a bit of a ? for me is controlling certain aspects of stuff inside tables, like text alignment.